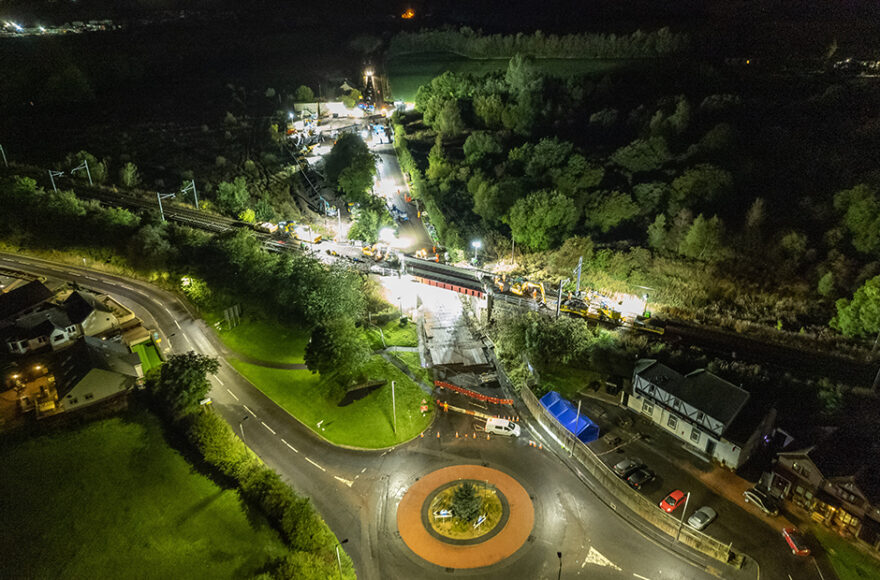 Story Contracting, design partner AECOM and Network Rail, were proud to be recognised in this year’s Scottish Civil Engineering Awards, taking home the prize of Rail Infrastructure Award for the replacement of Scotland’s most struck bridge.

Bellside Bridge carries the Glasgow Central to Edinburgh Waverley via Shotts line over the A73 Carlisle Road near Cleland in North Lanarkshire. In the last decade alone, there has been 56 reported bridge strike incidents, causing over 3,000 minutes of delay to trains on the rail network. Following investment from North Lanarkshire Council, Network Rail tasked Story Contracting with the replacement of the bridge and associated works.

During a 54-hour disruptive weekend blockade, the old bridge was removed and replaced using an innovative, UK-first self-propelled modular transporter system. The new structure now provides 5.2m headroom clearance removing its classification as a low bridge and the need for a signed diversion route through the town for high-sided vehicles. 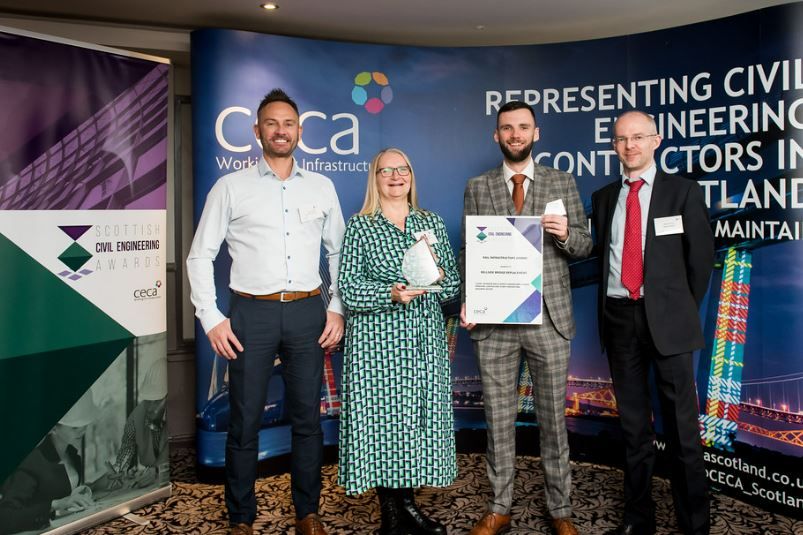 John MacArthur – Managing Director, Story Scotland said: “I feel extremely proud of my team and our key supply chain partners for successfully delivering a project which has had a direct impact in reducing bridge strikes and improving train reliability for passengers on Scotland’s Railway.

The team worked day and night during a tight blockade programme to successfully hand back the line on time for the first train to pass over the new structure.”

The Scottish Civil Engineering Awards are widely recognised as the highest honour for engineering excellence in the built environment. The awards showcase innovation and celebrate the vital contribution civil engineers make to our quality of life. Well done to all the winners and nominees.