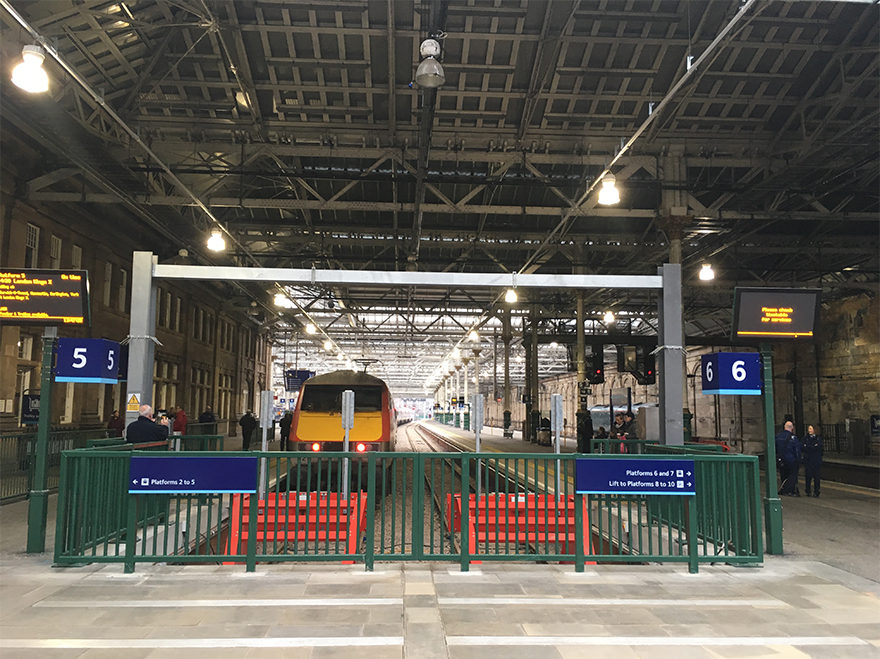 Edinburgh Waverley’s newly-extended platforms 5 and 6 have now entered service. Story Contracting are proud to have delivered this work in Scotland’s second-busiest station on behalf of Network Rail.

The platforms have been extended to 275m into the heart of the station at the location where an old taxi rank was previously situated. These works will accommodate new 10-car trains due to be introduced on the main line between Edinburgh and London later this year.

During the project, around 16,000 tons of material was removed to create the platforms, with 7,000 tons of engineering fill imported. New track laid as well as new signalling, Telecoms, M&E systems and overhead equipment installed.

The infrastructure – and the new rolling stock it will enable – will help to transform travel on the East Coast main line and has been funded by the Department for Transport’s Intercity Express Programme (IEP) and the Scottish Government’s Edinburgh-Glasgow Improvement Programme (EGIP).

The platforms are the latest upgrade to be delivered at Edinburgh Waverley, with a longer platform 12 having entered service in December 2017 as part of EGIP to accommodate ScotRail’s new Class-385 trains. 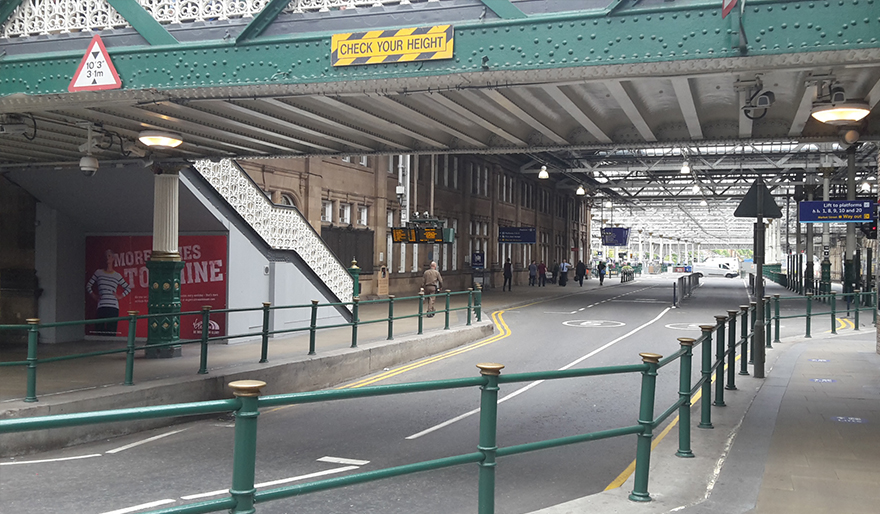 The station before the works.

Cabinet Secretary for Transport, Infrastructure and Connectivity, Michael Matheson said: “The completion of this important work at Waverley station will enable further platform capacity for Edinburgh to Glasgow services and deliver faster, longer, greener trains between Edinburgh and London.

“This is a prime example of Scottish Government investment helping to improve our rail network and shows the benefits that can be realised through cross-border working with partners in the UK rail industry.”

UK Rail Minister Andrew Jones said: “These works alongside the Intercity Express Programme with its state-of-the-art high-speed intercity trains, will start to transform journeys for passengers bringing more space, comfort and reliability up and down the country.

“Having worked closely with Transport Scotland to deliver this upgrade, the longer platforms will deliver the benefits for the new Azuma trains – due on the East Coast later this year.”

Kevin McClelland, route delivery director for infrastructure projects, said: “Successfully delivering this work has been a logistical challenge for our engineers and contractors who have constructed the new infrastructure in Scotland’s second-busiest station with a minimum of disruption to the tens of thousands of customers who use Waverley every day.

“The new platforms, and the modern trains they have been designed to accommodate, will greatly improve the service we can offer to passengers travelling on this key route between the two capitals.”