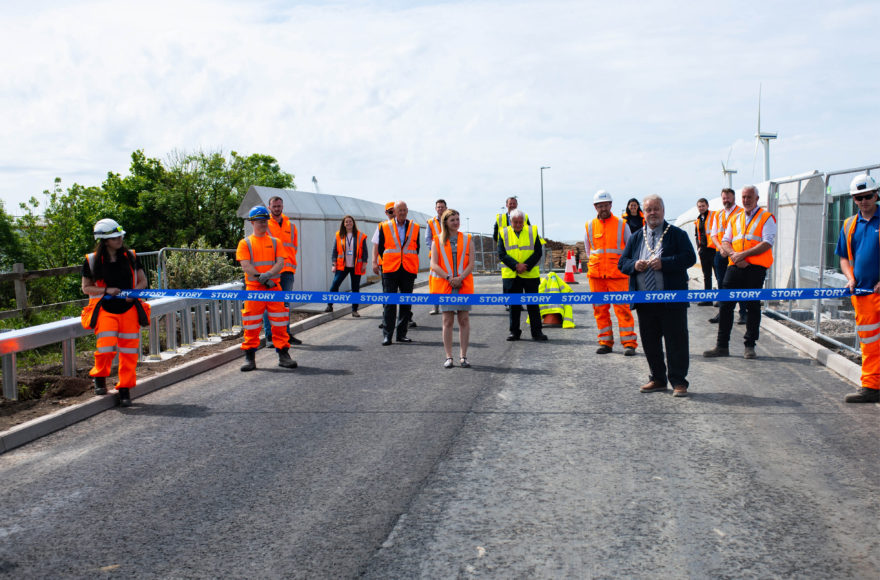 Story Contracting celebrated installing a new railway bridge on behalf of Network Rail to motorists in Cumbria after a major upgrade at the Port of Workington.

The £4m investment has seen Siddick bridge completely rebuilt to modern standards so it can take port traffic over the Cumbrian Coast Line railway.

On Monday 7th June vehicles were able to travel over the bigger and better structure improved as part of Network Rail’s Great North Rail Project.

The new 8.4-metre wide bridge will restore two-way traffic to the key port.

This means faster and smoother access for the thousands of vehicles which haul 500,000 tonnes of cargo in and out of the site each year. 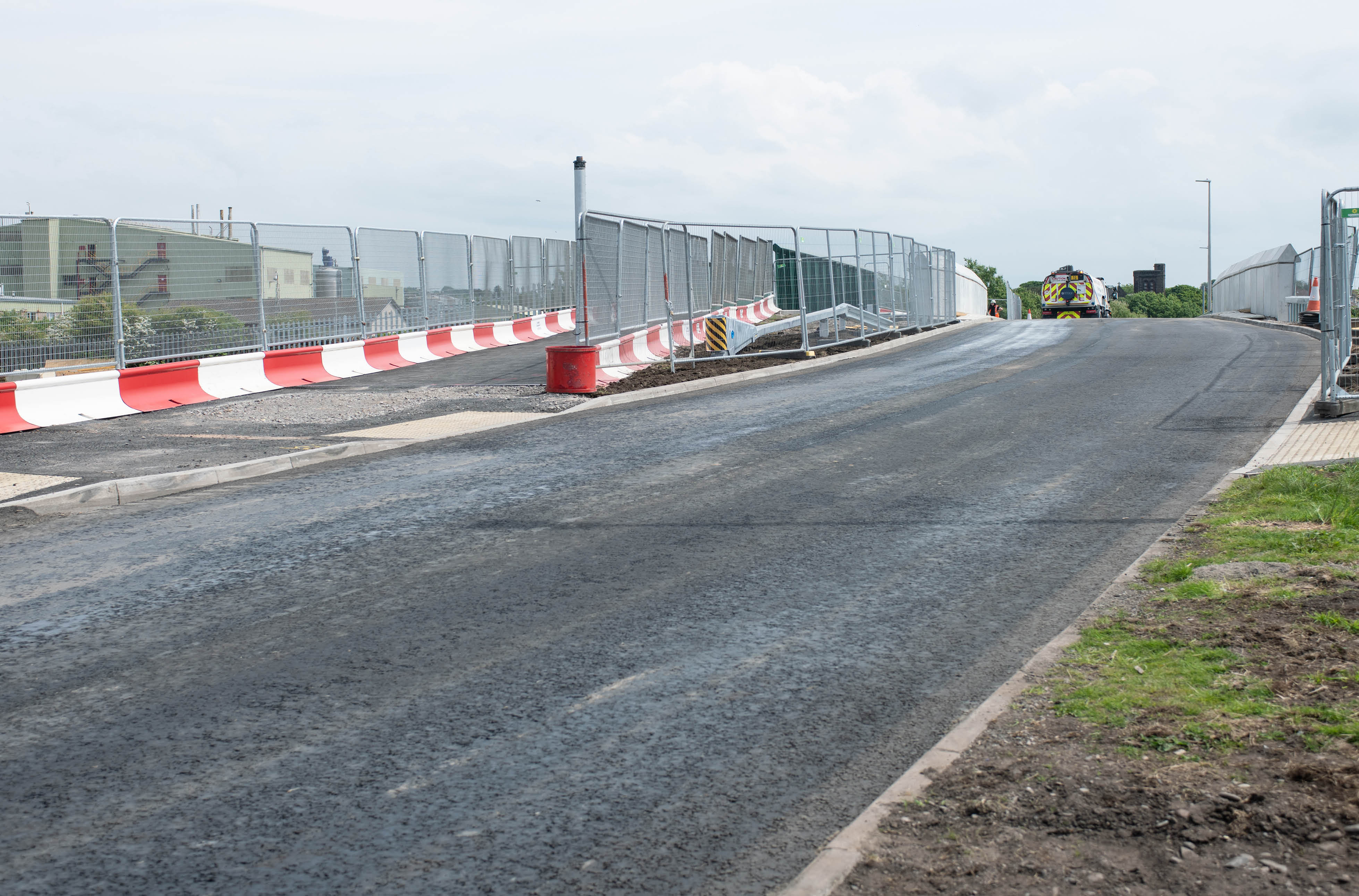 Cllr Mike Johnson, leader of the Allerdale Borough Council, said: “It’s great to see the progress on this project going so well, which is a credit to everyone involved. Completion of this enhanced entrance to the Port of Workington will undoubtedly make the area more attractive to inward investors and is an integral part of our future regeneration plans for Workington.”

“By working in partnership with Network Rail, the Port of Workington and alongside local businesses and residents, the project to redevelop this site will benefit the local community for generations to come.”

Mark Jenkinson, MP for Workington, said: “I am delighted that the upgrade of Siddick bridge is one step closer to completion. Infrastructure upgrades like this, throughout my constituency, are incredibly important to the future growth of existing and new local businesses. A number of local businesses rely on Workington Port and look forward to seeing the bridge fully operational in the coming weeks.”

Built more than 150 years ago the original Siddick bridge was in a poor condition, with weight restrictions and one-way traffic management put in place for safety.

Story Contracting started work on the bridge in November 2020, demolishing the old bridge and installing a new pre-cast concrete deck.

A new footbridge was also built north of the existing bridge to provide access for pedestrians.

To start with a single lane has been opened to vehicles while finishing touches take place to the sides of the bridge.

Both lanes are expected to be open by the end of June.

Whitacre footbridge has been successfully installed