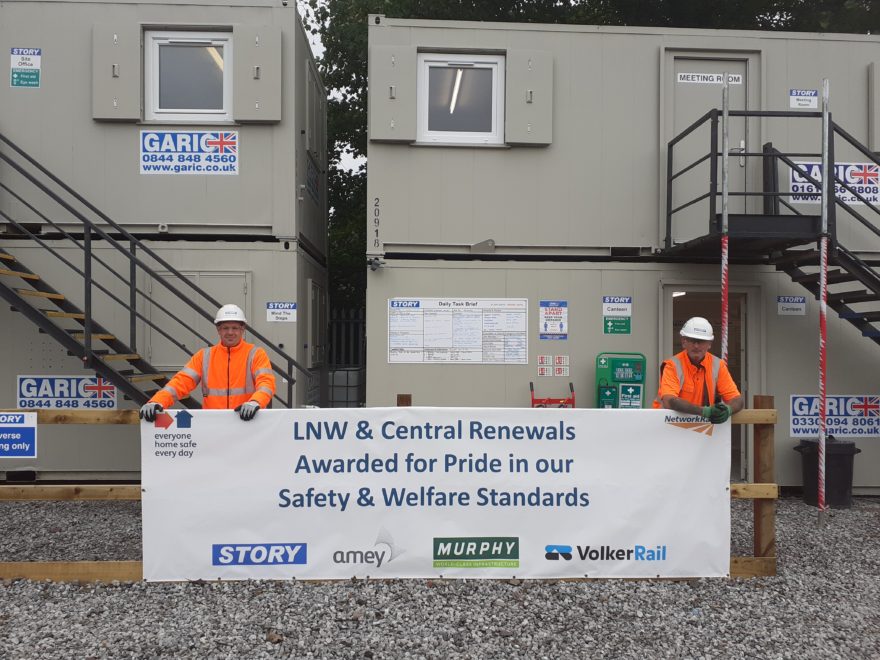 The strengthening works at the historic Shugborough Tunnel have been awarded the Network Rail safety banner following a recent site audit.

The banner acknowledges the work put in by the project team to ensure the highest standards of health and safety are met on the site.

Working with subcontractors Geobear, the team are currently undertaking repairs to the lining of the tunnel, including filling eight hidden shafts by coring into the tunnel crown and injecting a specialist geopolymer resin.

The team are also drilling holes around the previously located shafts to allow the Geopolymer 2443 to be injected into the annulus behind the tunnel lining to provide structural integrity.

The works, on behalf of Network Rail, will mitigate risks associated with the hidden shafts and provide greater resilience for this section of the railway, which carries the West Coast Main Line beneath the Shugborough Estate, between the stations of Rugeley Trent Valley and Stafford.

Kathryn Berry, Scheme Project Manager for Network Rail said: “Well done on achieving a safety banner; the compound is looking great and there’s some really good practice being shown on site and during the works.

“Notably the relationship between Story and Geobear has encouraged good behaviours on site with Geobear fully engaging with lifesaving rules, following site specific rules without prompt and even identifying when other subcontractors are not behaving safely.