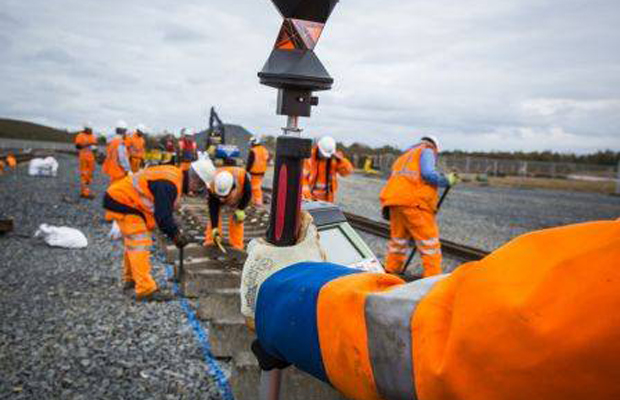 Story Contracting is to recruit 40 staff next year after securing £100 million worth of work from Network Rail.

It is one of nine companies to be awarded 20 framework contracts from Network Rail for the London North Western and East Midlands regions. These have a total value of £1.6bn over five years.

Story’s share is worth £84m and covers railway structures, earthworks and property, primarily on the West Coast Main Line between Preston and Scottish border.

When added to a recent framework contract in Scotland, it takes Story’s order book with Network Rail to £100m.

“This is the first time a framework contract has been won by a Cumbrian company. That creates employment for Cumbrian people and boosts the county’s economy.

“We are probably looking at an additional 40 staff, from engineers to track gangs, and that recruitment programme will kick-in in the new year.”

Story’s rail division employs 90 people, most in Cumbria although it also has sites in Glasgow, Chorley and Normanton in Yorkshire.

Network Rail plans to spend £38bn over the next five years on running, maintaining and improving the railways, which carry four million passengers each day.

“The awarding of these frameworks represents a significant milestone in the implementation of our new procurement and contracting strategy. This will bring improved safety, whole-life cost-efficiency and delivery performance through collaborative relationships with a consolidated and strategically aligned supply chain.”

The award follows Story’s success in being named Network Rail’s Supplier of the Year this summer.

Story Contracting Develop the Next Generation of Future Leaders