Double victory for Story Contracting at the Rail Partnership Awards 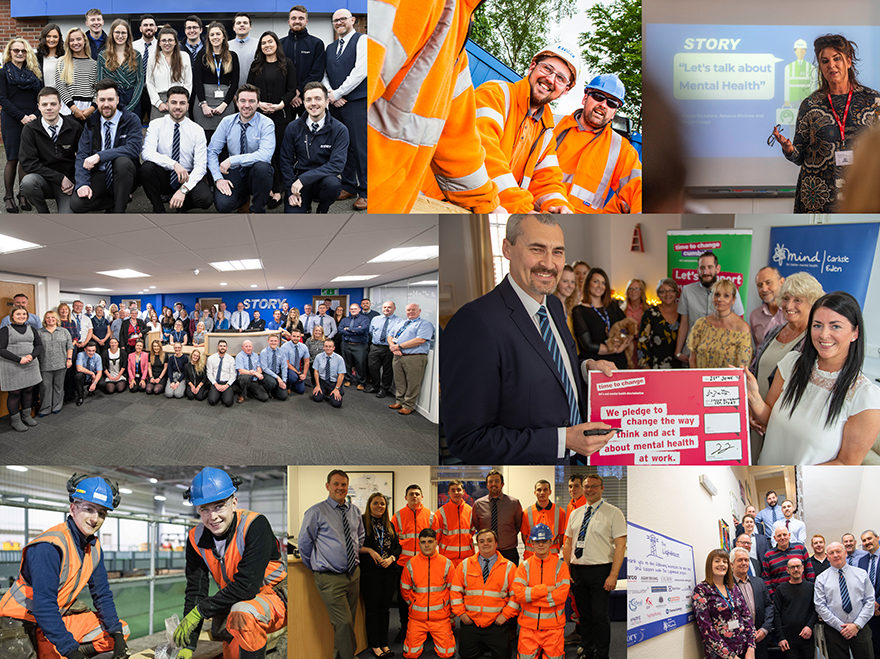 Up against some of the biggest names in the industry, the family-owned civil engineering company scooped the ‘Investing in People’ and the ‘Community Engagement’ awards at the ceremony which celebrates the very best of 2018’s achievements in the rail industry.

The Investing in People award reflected the company’s commitment to sustainably grow, retain and attract a diverse group of multi-talented people to the rail industry whilst becoming a employer of choice for young and emerging talent, inspiring them into rewarding professional and vocational careers.

The Community Engagement award was given in recognition of Story’s work raising awareness and breaking down stigmas of mental health. Partnering with mental health charities Mind and Scottish Association for Mental Health, Team Story have raised over £9,000 for the two charities to date as well as renovating a vital mental health crisis centre, the Lighthouse, in Cumbria.

Jason Butterworth, CEO of Story Contracting, said: “To be recognised for our work in investing in people and our projects around mental health is hugely gratifying as people have always been Story’s most important asset and at the core of everything we do.

“From creating first-class apprentice and graduate programmes, to ensuring the right mental health support networks are in place for our employees, sub-contractors and local communities, we have continually invested in our people which has allowed us to grow and strive for success.”

Judges said the awards, held at The Vox in Birmingham, represented excellence and best practice in all areas. Story Contracting was also shortlisted for Best Project for its work at Edinburgh Waverley.

Ian Purdham, Rail England Managing Director, said: “It has been a phenomenal year so far for Story Contracting with the business securing a five-year work bank worth up to £200m at the beginning of the year, and now taking home two Rail Partnership Awards.

“To win two of the three awards we were nominated for just shows how hard everybody in Team Story works at consistently remaining amongst the top suppliers to the industry and it’s a reflection of the close and valued relationship we have with Network Rail.”

A place where everyone can be part of the Story