A trio of internal promotions to support new frameworks 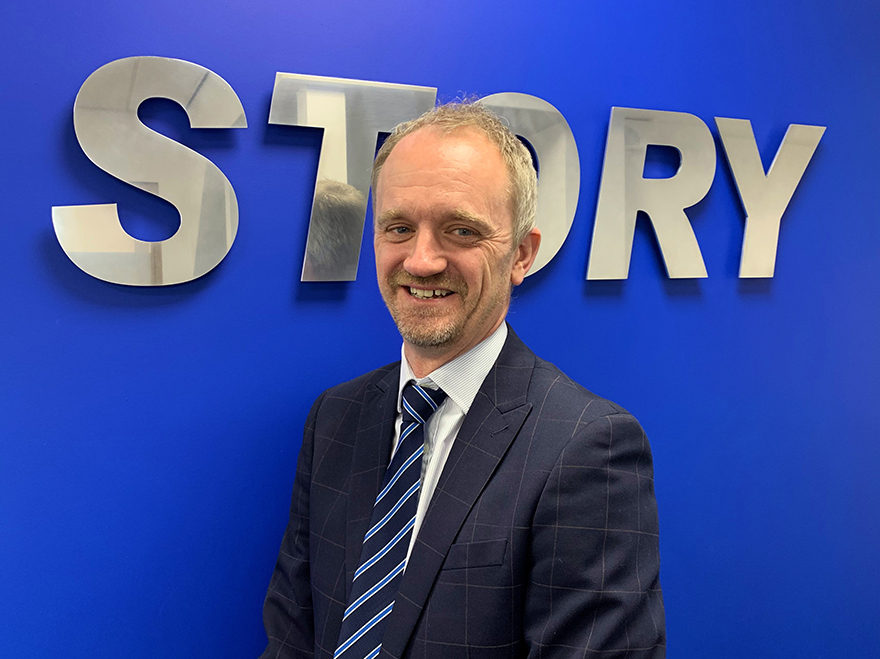 Story Contracting has promoted Martin Smith to Operations Director and introduced Contracts Manager roles to its expanding rail division after a succession of multi-million-pound contract wins.

Martin joined the business last year as Regional Operations Manager. He started his career at British Rail before moving to Tarmac/Carillion where he worked for 22 years, progressing from Site Engineer to Project Director across rail, highways, civils and utilities.

A key focus of his new role will be to successfully deliver the frameworks Story was awarded by Network Rail for CP6 on both London North East (LNE) and London North West (LNW).

Martin said: “I am really excited to be given this opportunity to lead the operational delivery for the Rail division in England.

“After only being with Story for a short while I feel extremely honoured to be recognised by the business in this way. It is testament to the overall ethos of the business that it looks to develop its people and promote from within.”

Martin will be supported in his new role by Contracts Managers Dan Jones for LNE and Jonny Fearon for LNW North, both promoted from within the Story team. Both Contracts Managers have developed their career through the business, with Jonny joining the business as a Trackman in 2002. The company is also recruiting for a third Contracts Manager for LNW South working between Manchester and Birmingham.

Jonny said: “We have strong regional teams across our Rail division and I am looking forward to working closely with Dan to ensure we maximise and develop our people’s potential as we continue to grow.”

These promotions come as the company sets to work on new Network Rail framework contracts that will significantly expand the company’s footprint across the UK.

The LNE contract is for five years and worth up to £50m for geotechnical work stretching from London to Scotland. This followed a framework contract win worth up to £38m for structures and property works on the South of the LNW route which is home to the West Coast Mainline – the busiest mixed-use railway in Europe which supports the major British cities outside of London.

The company also secured three framework agreements with Transport for Greater Manchester. These cover the renewals of structures, property and track on the Metrolink network and could be worth up to £50m.

Martin said: “These frameworks will provide the bedrock for the business, but we also need to search out and deliver works for other clients such as Transport for Greater Manchester, HS2 and others.”

Martin added: “As we expand to Birmingham and York the big challenge we have is to continue to ‘do it right’. We must invest in the team and the regions, to ensure we have the right people with the right values and behaviours to help us maintain our reputation for delivering in the industry.”

The family-owned company is now targeting another 200-300 employees over the next five years to fulfil the new contracts.

Securing a piece of Birmingham’s rail history – and future