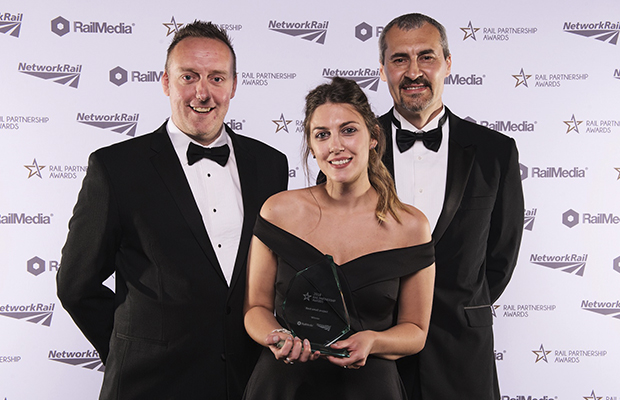 Story Contracting’s work to repair a section of the Settle to Carlisle railway line has been recognised at the prestigious Rail Partnership Awards 2018.

The Eden Brows project to repair a 500-metre section of the line near Armathwaite following a 500,000-tonne landslip in February 2016, won Best Small Project (under £25 million) at the ceremony held on Thursday at The Vox, near the NEC in Birmingham.

Over 14 months, Story Contracting worked in conjunction with Network Rail to carry out the vital work which allowed the line to be fully reopened in March 2017. Further work was then carried out on the surrounding embankment, including a new drainage scheme, with the project complete in just over two years, which was on time and budget. 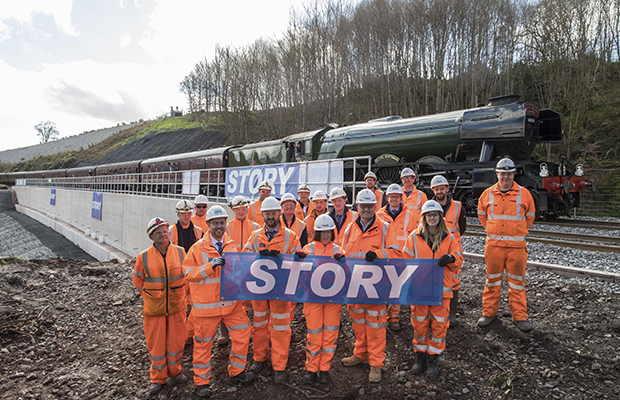 Ian Purdham, Rail Director for Story Contracting, was delighted with the award.

He said: “It is a fantastic achievement for Eden Brows to win Small Project of the Year at the Rail Partnership Awards. This recognition is testament to all of the tremendous work delivered by the Story project team, Network Rail and key supply chain partners over the last two years.

“The reopening of the Settle to Carlisle railway line is something we can all take great pride in and is an example of collaborative working at its best.”

The latest accolade comes after the £23m project was highly commended in the UK Project with a Geotechnical Value of between £3 million and £15 million at the Ground Engineering Awards 2018 in London on Wednesday. It was also ‘Commended Excellence’ in the Project of the Year category at the Institution of Civil Engineering (ICE) Awards earlier this year.

The Rail Partnership awards, organised by Rail Media in conjunction with Network Rail, celebrated the very best of 2017’s achievements in the industry.

View a video from the Eden Brows project here.