Story completes makeover of Forth Viaduct on behalf of Network Rail 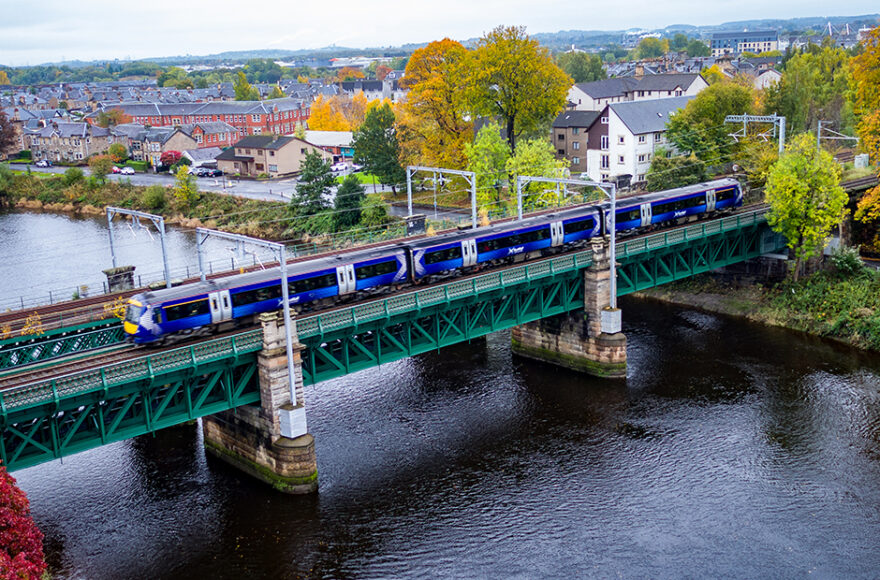 Story Contracting have successfully completed major improvements on the Forth Viaduct in Stirling on behalf of Network Rail; extending the lifespan of the bridge and ensuring work on this scale won’t be needed for another 25 years.

Works began in January when Story engineers erected scaffolding along a 20-metre span of the 10-meter-high bridge. This allowed critical steelwork repairs to take place, including the removal and replacement of 300 steel rivets.

Other elements of work involved grit blasting to remove old paint and rust before metalwork repainting. More than 100 tonnes of grit was used as well as 3000 litres of paint, taking in excess of 6000 hours to complete the blasting and painting operations.

A new permanent walkway was installed through the structure to provide access for Network Rail engineers to undertake general maintenance to the viaduct when required.

As part of Story’s commitment to being a good neighbour, the team volunteered at the neighbouring Riverbank Community Centre, a facility that provides support for adults with complex needs, to build a large section of raised bed planters.

With work now complete, Lovers Walk, which was closed to traffic for the duration of the project, has fully reopened.

This project is part of a wide-ranging bridge modernisation programme aimed at protecting and improving Scotland’s Railway, with over £4 billion being invested to increase reliability and improve performance. Find out more: www.scotlandsrailway.com