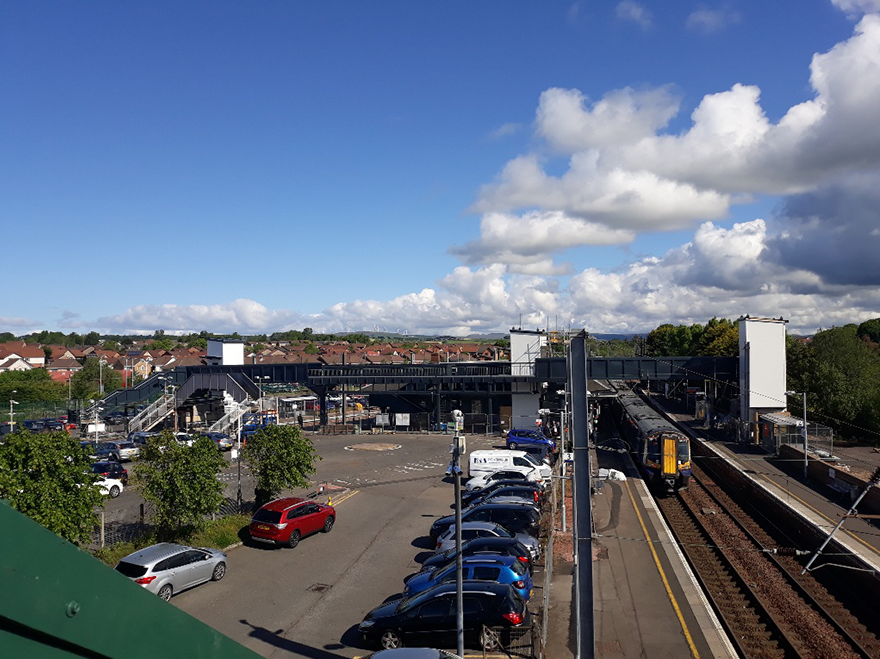 Story Contracting has reached a significant milestone in a major engineering project in North Ayrshire, Scotland.

Delivered on behalf of Network Rail, Story Scotland (a division of Story Contracting) has completed the installation of the final section of structural steelwork of a new footbridge at Kilwinning Train Station.

The three-span uncovered footbridge is part of an Access for All (AFA) scheme which will also see the creation of three new lifts and stairs, giving better access to all platforms at the Station.

The new bridges, lifts and stairs are being built around the existing station building and will include upgrades to the station CCTV system, train notice boards and lighting.

Steven McVey, Scheme Project Manager said: “There is currently no direct access other than stairs between platforms at Kilwinning Station. This makes it difficult for cyclists or those with limited mobility or pushchairs to access the platforms efficiently.

“The new footbridge and associated lifts will rectify this problem and allow easier access for all.”

Once complete in Autumn 2019, this will be the sixth AFA scheme completed in Scotland by Story Contracting, for Network Rail.