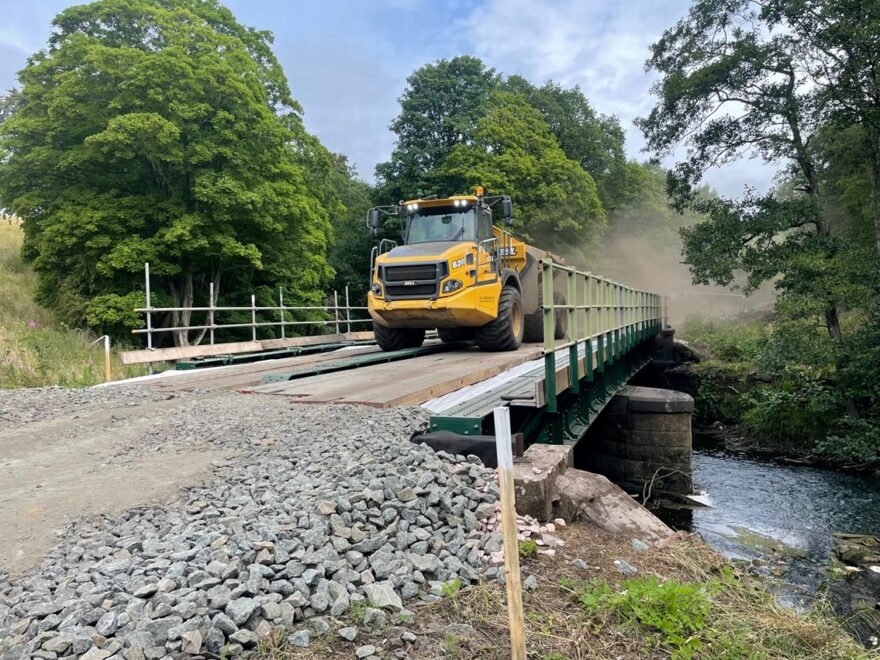 Story Contracting is part of the team which delivering The Levenmouth Rail Link project on behalf of Scotland’s Railway. Construction is now underway on the £116m scheme, bringing the Levenmouth railway a step closer to the first passenger services in more than 50 years.

Working as a part of a collaborative partnership, Network Rail and the enterprise partners comprising AmcoGiffen, Atkins, Babcock, BAM, Siemens, SPL, Story, QTS and RSAS, have started work on second mile of new track on the rail project, which will bring exciting new journey opportunities and economic benefits for the area.

The second phase of track work continues to take the railway closer to Leven and is the first section of the reinstated railway which will be double-tracked.

Following the successful completion of the first mile in March, which included connecting to the mainline at Thornton junction, significant work followed to install drainage and troughing for cable routes.

The first mile is now complete and commissioned and entered into service as operational railway to enable engineering trains to assist in the delivery of subsequent phases of work.

And with this in mind, the project team were keen to reiterate the message that local people should no longer be using the area so as to coming into contact with engineering trains, railway plant and machinery delivering the work.

With all traces of the original track lifted and existing ballast removed to reveal the formation level of the track-bed, work will focus on rebuilding the railway solum wide enough to accommodate both running lines. To ensure enough space for the new double-track sections, some work is required to reprofile sections of embankment adjacent to the line.

The new track-bed will then be formed before ballast, which has been stock-piled in Thornton yard, will be delivered to where it is needed ahead of new sleepers being positioned and rails being placed.

“We are delighted with progress on the project to date and look forward to continuing to bring the new railway to Leven and the surrounding areas.

“Various elements of work are underway or ongoing all across the route and activity is set to ramp-up even further in the coming months and so we are asking people who have previously used the area to walk dogs, for leisure or for exercise to please find an alternative.

“Increased work activity means more vehicle movements and the first-mile section will be a live railway and so very dangerous. Our priority is safety, both of the local people and for those working hard to deliver the project, and the best way to promote safety is by now asking local people not to continue to use the railway corridor.”

Investing in our people -100% SVQ success in Scotland