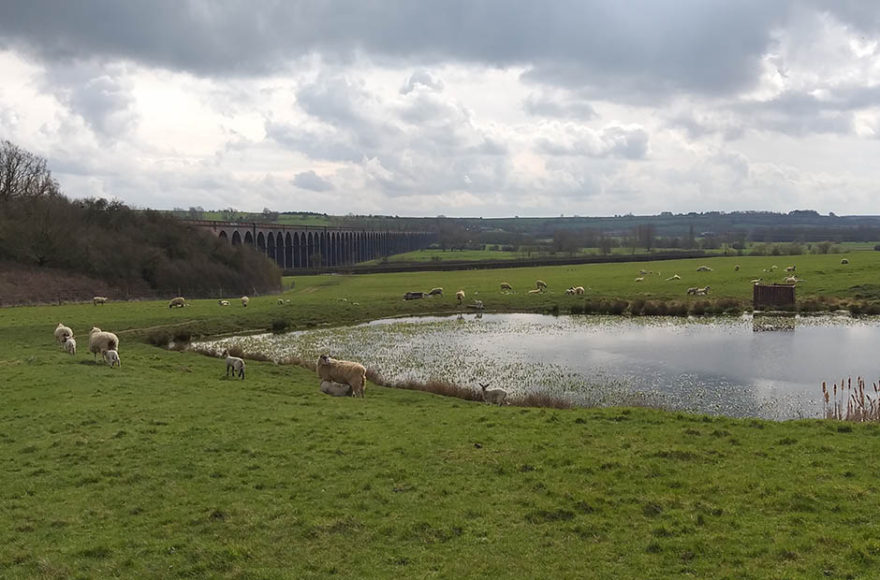 Coinciding with Network Rail’s core priorities and environmental targets, Story Rail has an ambition to protect, maintain and enhance biodiversity across the railway landscape by 2035, and to achieve a no net loss of biodiversity across the network by 2024. At Story, we undertake an ecology survey ahead of all our schemes, searching databases for previous ecological records and carrying out a site walkover by an experienced ecologist to capture any evidence of protected species and the habitats in which they are commonly found to protect our wildlife.

As part of each ecology survey, we assess the sites for species such as Great Crested Newts. Great Crested Newts are amphibians, breeding in ponds during the spring before spending the rest of the year in woodland, hedgerows, marshes and tussocky grassland looking for invertebrates to eat. They also hibernate underground, among tree roots and in old walls. The newts are a European protected species, meaning the species, their eggs, breeding areas and resting spots are all protected by law. Construction work could harm Great Crested Newts through removing valuable habitat, increasing shade and silt in their ponds, reducing their food sources or increasing disturbance in the areas they use.

On our site at Seaton, Archer Ecology identified a number of areas within and around the works area that were found to offer suitable habitat for great crested newts to shelter, forage and disperse. A moderate-sized pond was also identified within 30 metres of the site, which was assessed through the Habitat Suitability Index as having ‘good’ potential to support breeding populations of Great Crested Newts.

An eDNA survey was therefore undertaken to determine the presence or absence of newts in the pond, where a positive result would mean that Great Crested Newts were currently there or had been there within the last 7-21 days.  The eDNA for Seaton returned positive results, which strongly indicates that the waterbody supports breeding populations of Great Crested Newt.

A it is likely the newts are present, it is proposed that (if eligible) the enabling works proceed under the mitigative actions offered by Networks Rail K01a Organisational Licence, which has been recently set up in partnership with NatureSpace. This will cover all the relevant mitigation and compensatory measures to be included as part of the works.

However, if the scheme is not eligible to proceed under the Organisational Licence, there will be further pond surveys undertaken to determine a population class estimate of Great Crested Newts, which is required ahead of applying for a European Protected Species Mitigation Licence.  The surveys will include torchlight searching, bottle trapping, netting, egg searching and refugia searching.