Repair works were undertaken on the Carlisle to Settle railway following a 500,000 tonne landslip in February 2016, closing the line near Armathwaite.

In February 2016, a 500,000 tonne landslip closed the Carlisle to Settle railway near Armathwaite. The damage occurred following Storm Desmond which devastated Cumbria and hit other parts of the UK in December 2015.

This site had a complicated history. It is located between two geological faults and during the construction of the railway in the late 1800s, a failure occurred which ‘pushed the river into the next Parish’. This historic landslide was ‘reactivated’, causing movement around 15 metres deep between the River Eden and the railway. The railway line is located 200 metres away from the
river and 60 metres above it.

The Engineering works involved in the repairing of the historic railway involved:

Local residents were very supportive of the essential works that were required to re-open the railway. Regular updates were communicated throughout the duration of the works and included local residents meetings and two successful public drop in events. Project information boards were also displayed in the two nearby villages, regularly updating the community on upcoming works.

To celebrate the re-opening of the railway, Story Contracting and Network Rail held an open evening at the local community hall for residents to thank them for their support throughout the works.

On the 31st March, the much loved section of the Carlisle to Settle railway line was fully re-opened.

After careful consideration during the design stage of the project, a piling solution was chosen. Two rows of high-strength steel piles were filled with concrete and driven into the sloping bedrock, forming a corridor upon which a one metre-thick slab and retaining wall could be constructed to support the track. This landslip had a big impact on the local community. Engineering trains were used to remove the spoil from site, import stone and pile casings so that  HGV movements from the local roads were avoided where possible.

During the main works, we implemented 24-hour working to ensure the railway could be handed back on time and on budget, ahead of a planned re-opening celebration with the Flying Scotsman passing over the site. 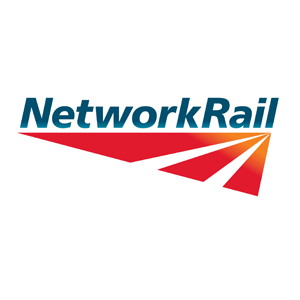 Eden Brows has been a hugely challenging job, as I saw for myself last year. I am impressed and grateful to the innovative team that led this work and to Story and the other contractors who helped make it happen. Well done to you all. A great railway team effort.