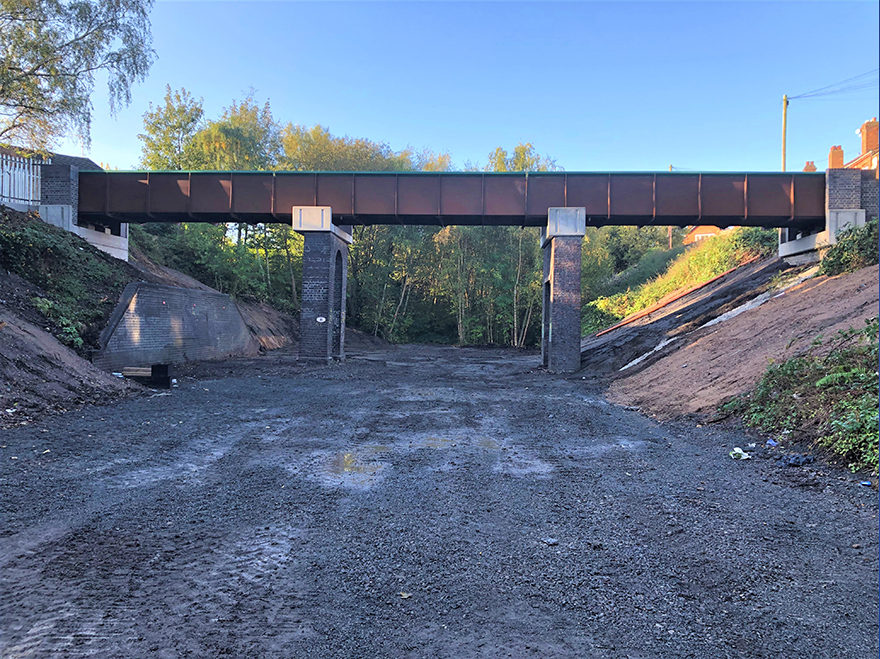 The project was not without complications; the bridge was over a discontinued railway line, which was overgrown and needed extensive vegetation management works to allow access to the bridge. Other challenges were successfully overcome by the project team which included removal of all the historic railway infrastructure and managing invasive species such as Japanese Knotweed.

The Story team have been praised by Network Rail for the positive relationship formed with the local community throughout the duration of the project.

Justin Hopkins, Contracts Manager for Story Contracting said: “Early stakeholder engagement with lineside neighbours has raised the profile of the project and yielded the much-needed support to make the project a success!

“It is evident that the team have done a fantastic job of the stakeholder management. Their initiatives have included taking the residents down to site and weekly newsletters to explain the work and timings. As a result, issues arising are being managed locally.

“Well done and thank you to Paul Barrett and his team, Dan Shepherd, Roy Marshall, Joe Green, Dan Brook, Mick Davy and Phil Redmond for your commitment to being good neighbours.”