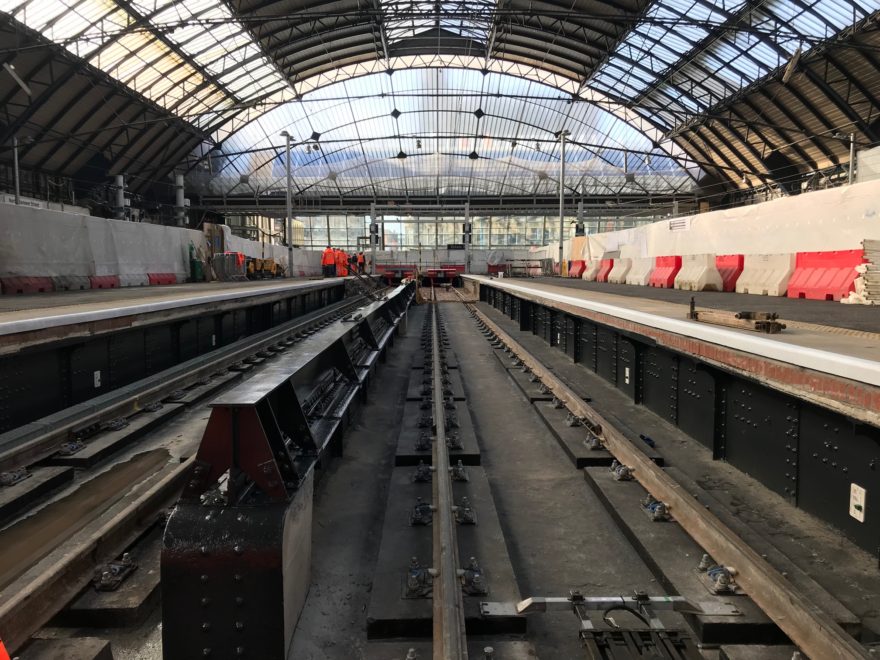 Engineers from Story Scotland – a division of Story Contracting – worked around the clock to successfully complete the 26-metre extension to platforms 4 & 5, which involved removing 2000 tonnes of material, installing 100 metres of new platform walls, 200 metres of new track and connecting it to the existing infrastructure, and extending the overhead line equipment by 50 metres.

As part of the works, the team also installed four frangible decks behind the buffer stops to provide increased safety benefits and passenger space at the station. The innovative decking can only be found at less than 10 train stations across the UK, including Edinburgh Waverley Station.

The completion of platform 4 and 5 works follows the successful extension of platforms 1, 2 and 3, delivered by the team during earlier phases, which allow for longer electric trains, putting passengers first by providing more seats on Scotland’s Railway.

Craig Lafferty, Story Scotland Operations Director, said: “The team put in a huge effort, working day and night to ensure we were able to successfully deliver the platform extensions for our clients Balfour Beatty and Network Rail.

“We’re proud to be part of this significant project, working collaboratively alongside Network Rail as they continue to upgrade the rail infrastructure in Scotland.”

All track and overhead electrification works being delivered as part of Network Rail’s £120m redevelopment of Scotland’s third-busiest station have now been completed.

Kevin McClelland, Network Rail Route Delivery Director said: “Congratulations to everyone involved in delivering this outstanding achievement safely and ahead of programme.”